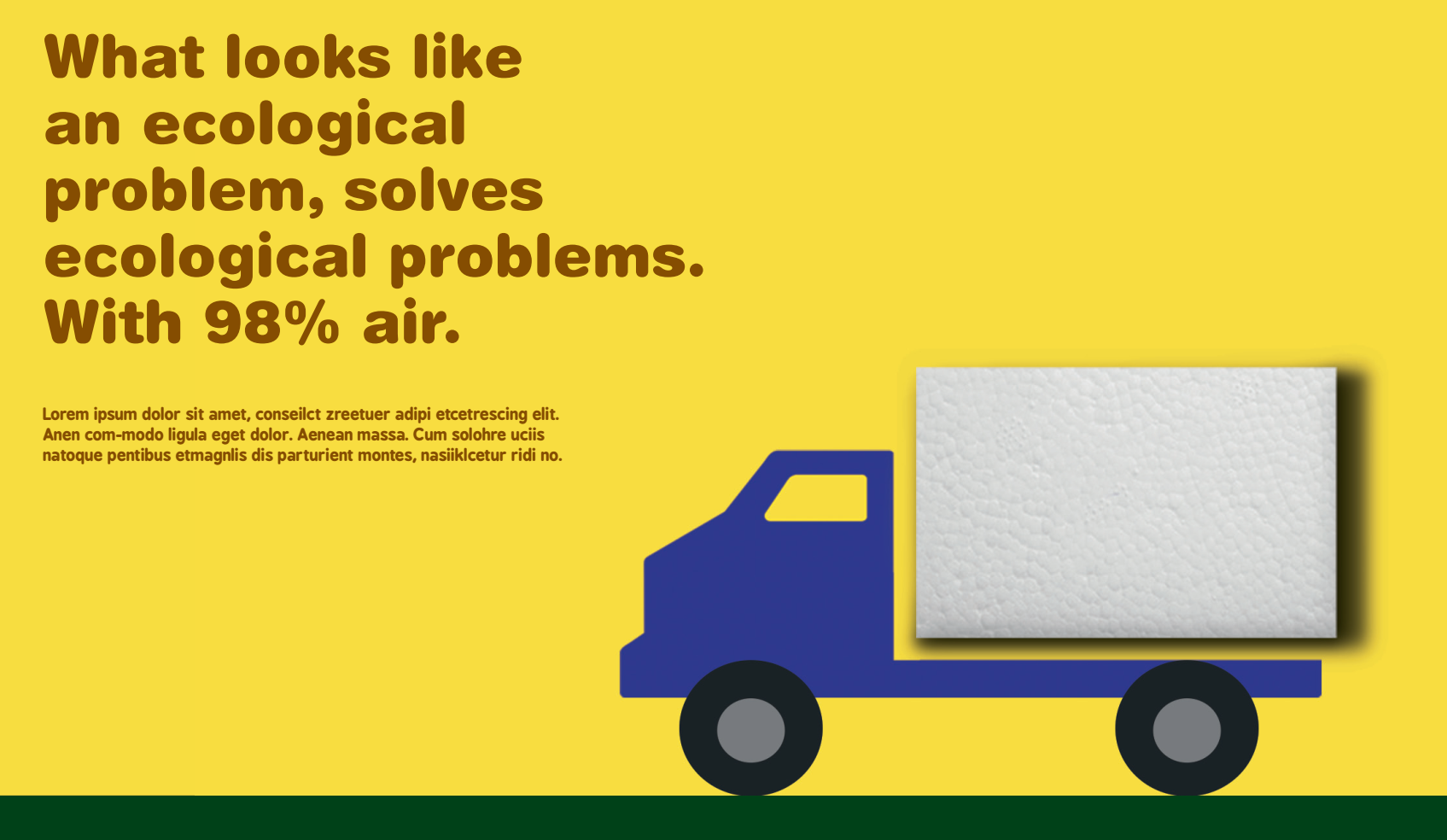 When it comes to shipping, the weight of the box significantly impacts the energy efficiency. There is no material lighter than EPS providing the same high protection.

98% air helps to save fuel and to make your home deliveries more sustainable. EPS: engineered air.

98% air helps you to protect the environment

Did you know that EPS packaging has much less effects on the environment than other competitive materials for the same use?

#international day for conservation of the ozone layer 16 September 2021

EPS - A new name for a tried and tested material 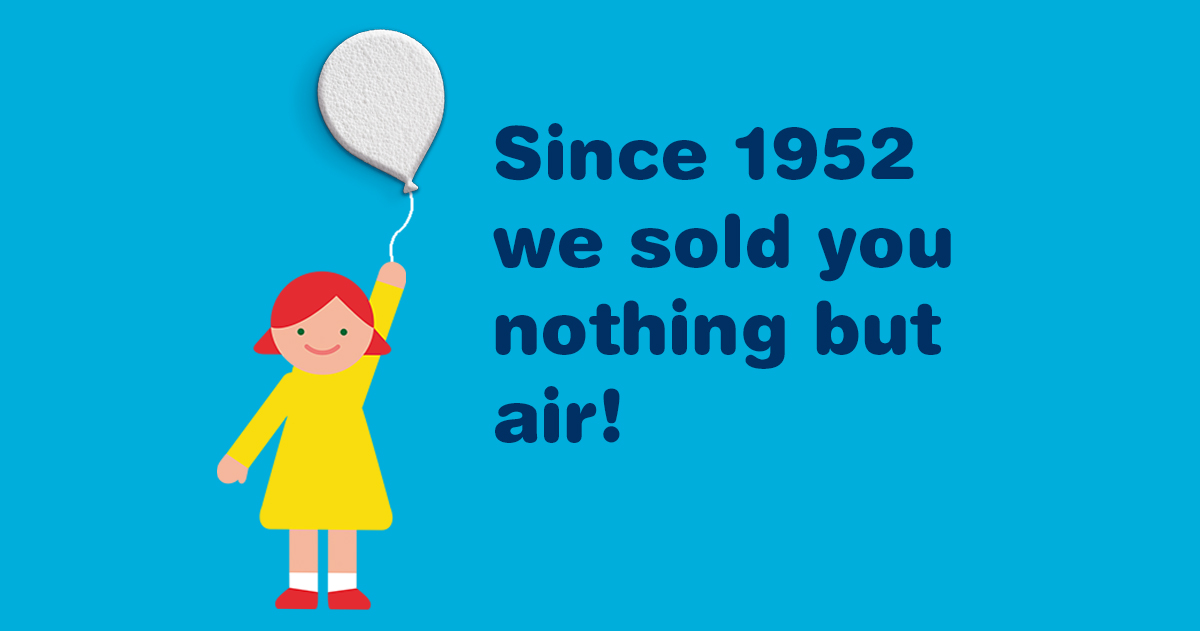 Did you know how many names the EPS has in the world?

The English called it Expanded PolyStyrene, that is easy. The Danish called it Flamingo, and the Dutch Piepschuim. Or how does the German Quietschpappe sound to you?

Airpop is another one, used in many countries around the world, reminding people the EPS is 98% air, the lightest of all plastics!

Microplastics like any other product do not belong as litter in the environment.

Over the last decades a lot has been done, but altogether we should aim to improve. Operation CleanSweep provides valuable ideas how to prevent pellet loss in production areas.

Why not starting today on this #Keep it clean day 18 September 2021?

“If the bee disappeared off the face of the earth, man would only have four years left to live.” ( Maurice Maeterlinck, The Life of the Bee)

Bees are the most sensitive creatures on earth. That is why they live in homes made of 98% air. EPS bee hives are non-toxic, have low Co2 emissions, help to save energy, and can be recycled many times.

So EPS not only protects what's packed inside, but also mother nature. EPS: engineered air.

Increase your profit with 98% air

Some say EPS is not recyclable. But the truth is: EPS is easily recyclable up many, many times.

And even better: it is collected and recycled on a large scale in Europe. What comes out is a valuable new material. Waste collectors are always keen on new sources of waste supply.

What needs to stay fresh, stays fresh - thanks to 98% air

We believe that with a smart use of resources we preserve our nature best.

And we believe that the best packaging solution needs proper assessement, leaving a product's image behind. Life Cycle Analysis show that many plastic packaging helps extending the shelf-life of food stuff.

And EPS even stands out from other plastic materials. Did you know that many vegetables retained significantly more vitamin C when packed in EPS? Did you know that EPS packaging keeps the inside temperature for up to 72 hours on a stable level? Anything that is transported in EPS stays fresh and cool.

And with these abilities, EPS helps preventing spoilage. This is what we consider a smart use of resources.

Zero plastics to the oceans

We believe that a broad waste collection program is most effective to prevent littering in the environment.

Take the Netherlands as an example: our industry has set up a vast system of EPS collection points throughout the country. Because EPS is easily recyclable. And it is done extensively.

I scream, you scream, we all scream for icecream!

What can insulate better than 98% air?

The composition of EPS- 98% air in a closed-cell foam structure consisting of microscopically small air bubbles - makes it the simplest thermal insulation compared to other commonly used packaging materials.

This is the secret why it keeps your ice cream and your frozen yoghurt so fresh.

A curious story about 98% air and a Danish genius

Do you know the story about the damaged ship in the Kuwait harbour?

(This is one of our favorite for dinner conversations!)

In 1964 a container vessel sunk with 5,000 sheep on deck.  The large number of animals endangered the fresh water supply of Kuwait City.

Eventually a creative solution came into play: the Danish inventor Karl Kroyer believed that  buoyancy aids could solve the issue. So he pumped small EPS parts into the wreck. The salvage succeeded.

But the story is not yet finished. Karl filed patents for his technique in many countries with success. Only the Dutch patent office refused his request since a comic writer had already introduced the technique of buoyancy aids in one of his stories back in 1949!

Safety made easy: whenever something valuable needs to be protected, EPS comes into play: the most expensive electronical devices are shipped in EPS packaging.

Why? Because EPS is shock proof. The higher the density, the more shock impacts it absorbs. Some devices are simply too valuable to risk damage.

Think twice: do you really use your ceramic cup 1000 times?

Are you getting your morning coffee on the go from the shop around the corner? Here we have a good argument for your next discussion about the sustainability of a single-use cup: a ceramic cup needs to be used 1000 times before it achieves the same energy base than a foamed cup.

EU Life funding helps us to develop our industry from a linear one to a circular:

Two major projects, EPS-Sure and PolyStyreneLoop, have become reality thanks to the committment and support of the EU. Both projects are industry cooperatives driving new technologies for EPS recycling. Both of them contribute to turning the industry from a linear to a circular one.

Did you know that EPS packaging has much less effects on the environment than other competive materials for the same use? This is especially so in terms of water pollution, energy consumption and global warming potential. Take the comparison with cardboard: the water used for cardboard products is 20-30% higher than for foamed products. For PLA products it is even 2-4 times higher.

How do you transport vital organs? Correct: with 98% air! 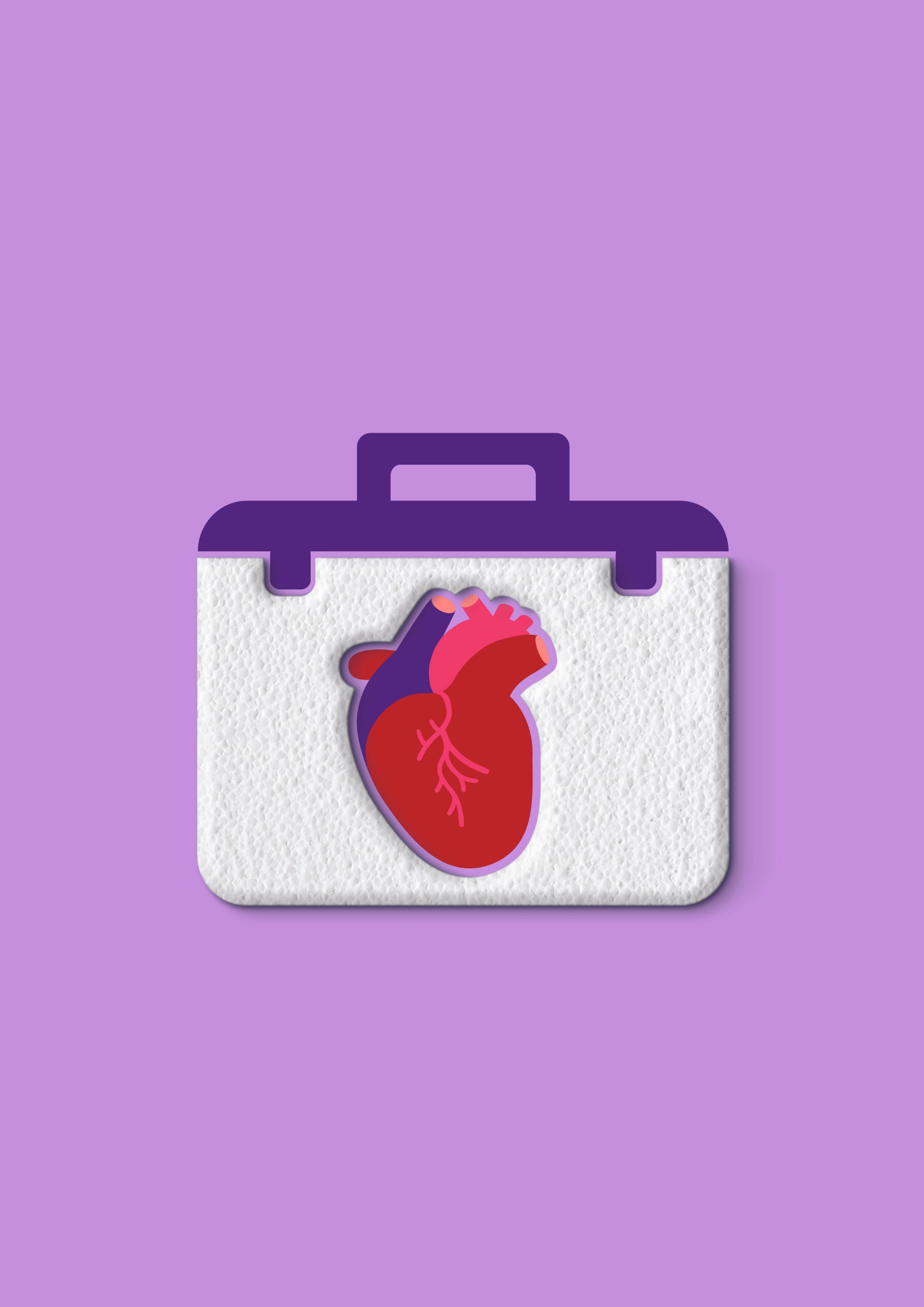 What protects a beating heart can protect anything. When human lives are at stake you do not choose the second best. EPS is a tried and tested material for emergency medicine.

Did you know that EPS is not only extremely light and shock absorbant, but it also contributes to the freshness of food?

The vitamin C content of grapes remained higher when stored in EPS boxes, compared to other packaging solutions.

What you see here is a masterpiece of European engineering. And a TV. 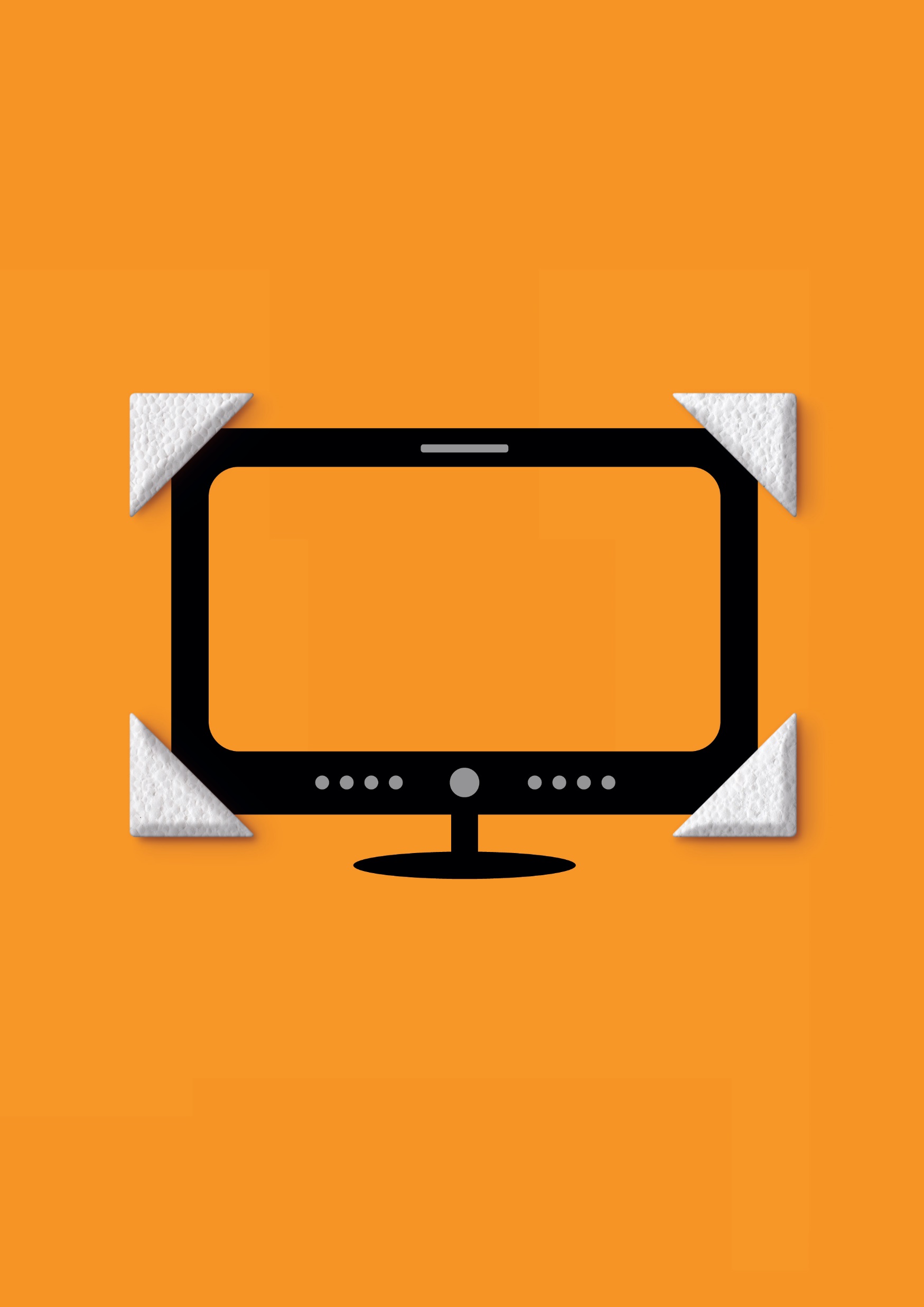 In Europe over 71 million TVs were sold in 2019. And packaging specialists around the globe recommend EPS for a TV set. They have succeeded in minimizing material input by maintaining maximum protection abilities.

98% air helps you to receive your product unspoiled at home. EPS. engineered air.

To all statistic lovers!

Our converting industry employs over 80,000 people in more than 1000 small and medium sizes companies across Europe. As such the material contributes to the wealth of families and regions across the continent. That makes us proud.

EPS boxes are the most common choice for fish storage after the catch. There is a good reason for it.

EPS is versatile due to its lightness, its stability, its approval for food contact and it outstanding thermal abilities- to name just a few. After use the material is a little smelly, but the quality is unspoiled.

In Spain EPS fishboxes are fully recycled to produce new food contact packagings. And this is just one of the thousands good stories about circular economy on EPS!

A united industry cares for the environment: under the PolyStyreneLoop cooperative, 50 participants from the EPS industry work together on a recycling solution for foamed PS insulation material. It separates the material from its contaminations. The clean recyclate is transferred into new applications. That saves resources and energy.

The industry and 98% air work together for a more sustainable environment.

A life jacket that used to be a cooling box, a baby seat, a pizza delivery box and protection for your LCD TV. 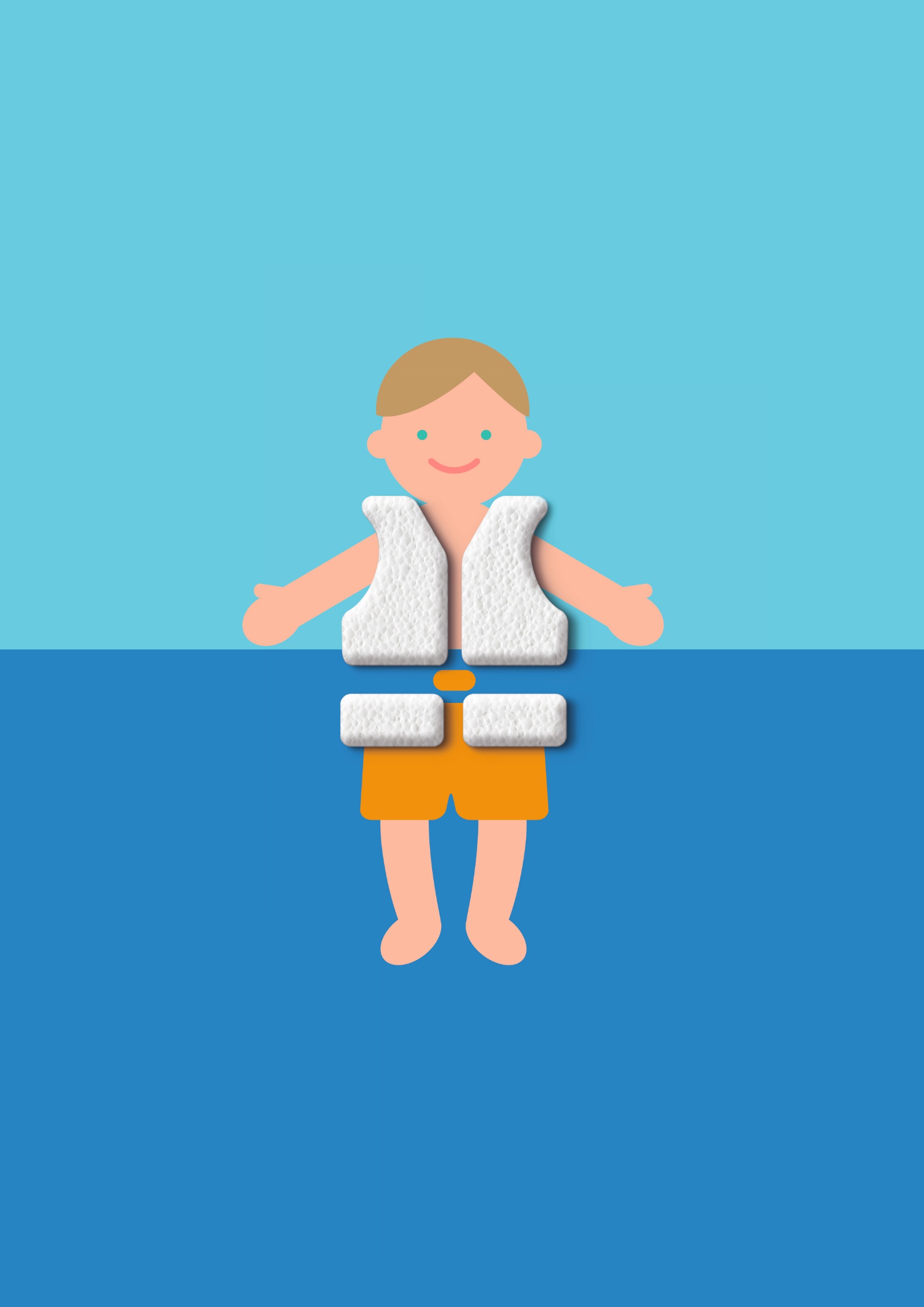 56% of the entire energy required for one EPS product is consumed during the production of virgin material. The use of recycled material thus has a huge impact on the energy footprint.

Our industry likes this idea and facilitates the development of new innovative recycling technologies. With 98% air we aim to maximize sustainability. EPS: engineered air.

In many parts of the world, water is a scarce resource. Fresh water is essential for life with no substitute.

By using EPS packaging you take care of it. EPS manufacturing processes require small amounts of water for steam generation, which is used for pre-expanding and final moulding. This water is reused many times in the process and is free of chemicals. So, there is no wastage of pollution to surface water or underground water supply.

Our competitors are less efficient: corrugated cardboard consumes much more of the valuable resource.